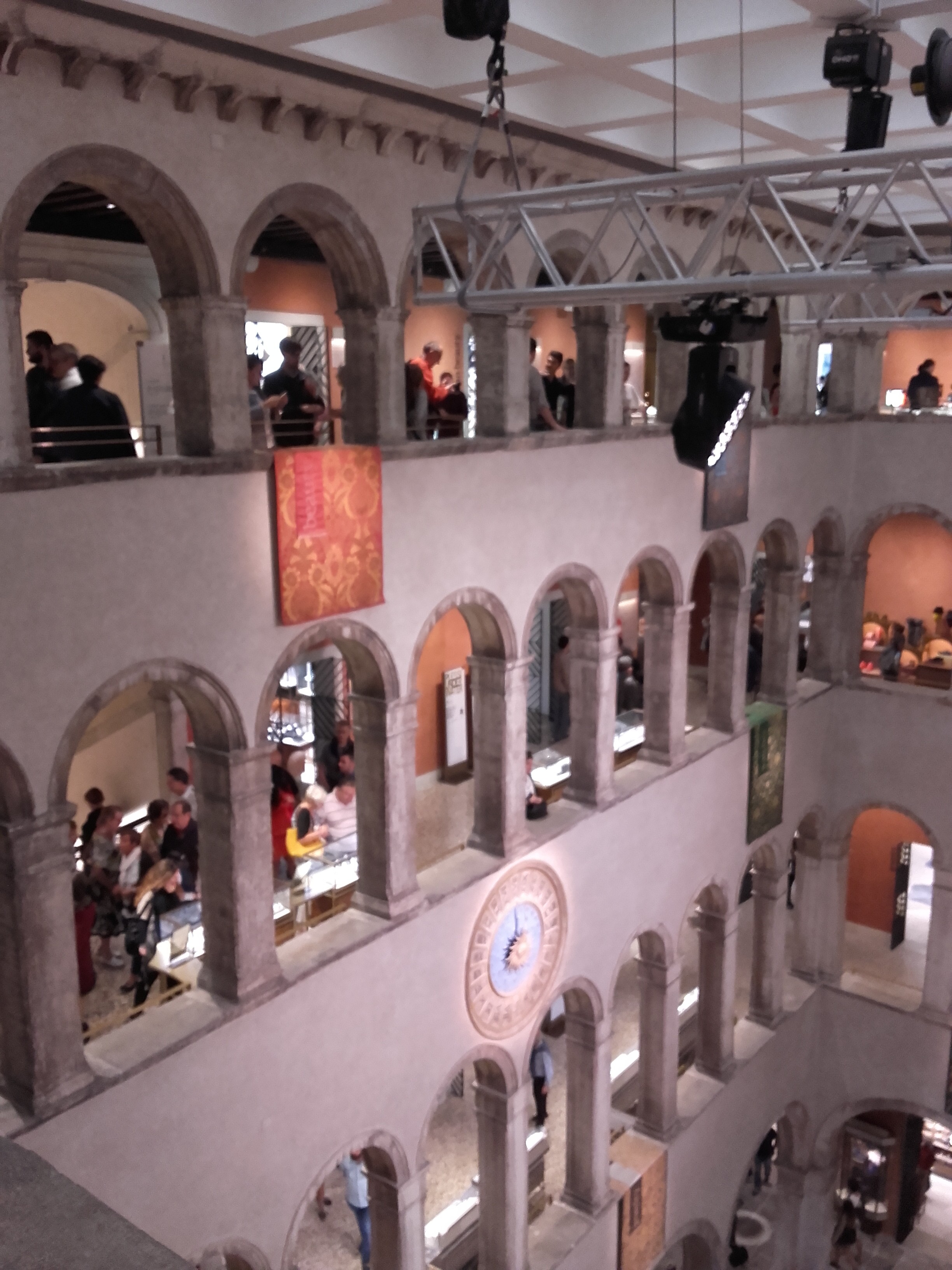 First constructed in 1228, and located at the foot of the Rialto Bridge across from the fish market, the Fondaco dei Tedeschi is one of Venice’s largest and most recognizable buildings. It was used as a trading post for German merchants, a customs house under Napoleon, and a post office under Mussolini. Depicted by Canaletto and other masters, and photographed countless times as the impressive but anonymous backdrop of the Rialto bridge, the Fondaco stands as a mute witness of the Venetian mercantile era, its role diminished with the progressive depopulation of Venice.

OMA’s renovation scheme is based on a finite number of strategic interventions and vertical distribution devices that support the new program and define a sequence of public spaces and paths. Each intervention is conceived as an excavation through the existing mass, liberating new perspectives and unveiling the real substance of the building to its visitors, as an accumulation of authenticities.

The project – composed of both architecture and programming – opens the courtyard piazza to pedestrians, maintaining its historical role of covered urban ‘campo’. The new rooftop is created by the renovation of the existing 19th Century pavilion, standing over a new steel and glass floor which hovers above the central courtyard, and by the addition of a large wooden terrace with spectacular views over the city. The rooftop, together with the courtyard below, will become public venues, open to the city and accessible at all times.

This website uses cookies to improve your experience while you navigate through the website. Out of these, the cookies that are categorized as necessary are stored on your browser as they are essential for the working of basic functionalities of the website. We also use third-party cookies that help us analyze and understand how you use this website. These cookies will be stored in your browser only with your consent. You also have the option to opt-out of these cookies. But opting out of some of these cookies may affect your browsing experience.
Necessary Sempre abilitato
Necessary cookies are absolutely essential for the website to function properly. This category only includes cookies that ensures basic functionalities and security features of the website. These cookies do not store any personal information.
Non-necessary
Any cookies that may not be particularly necessary for the website to function and is used specifically to collect user personal data via analytics, ads, other embedded contents are termed as non-necessary cookies. It is mandatory to procure user consent prior to running these cookies on your website.
ACCETTA E SALVA